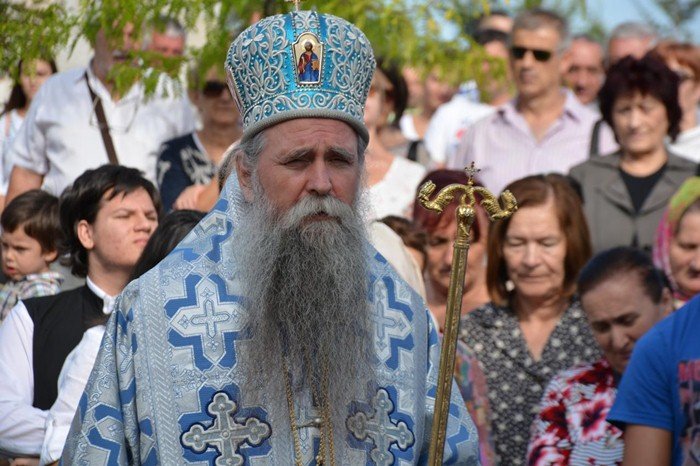 Today, the NGO Montenegro International informed the international community about the situation in Montenegro and possible conflicts related to the attempted forcible enthronement of Joanikije Mićović on the throne of St. Peter of Cetinje. The letter was forwarded to embassies in Podgorica, the European Commission, the European Parliament, the European Council, the NATO headquarters, the presidents of NATO member states, the US administration and international organizations.

We transmit the letter in its entirety:

This was a safe and secure country, which preserved peace in times when all the countries in our neighborhood were on fire. When the wars raged, ideologically conceived and carried out by the Serbian church, Serbian paramilitary, military and police forces, i.e. the political leadership of Serbia, Montenegro was a safe home for all refugees and displaced people. Montenegro, however, has not ceased to be Serbia’s main zone of interest, despite NATO membership, despite being a leader in European integration until a year ago. After two years of brutal hybrid attack on Montenegro, launched through logistical, financial, propaganda and intelligence means of Serbian and Russian clients, the Serbian Orthodox Church inaugurated its people in the new government in Montenegro. The perpetrators of this government are mostly loyal followers of the Greater Serbia, Pan-Slavic, pro-Russian hegemonic policies, who openly glorify war criminals and deny crimes committed “in the name of the Serbian people” on the territory of the former Yugoslavia, including the genocide in Srebrenica. It is the same ideological matrix of the President of Serbia, Aleksandar Vučić, and the President of the so-called Republika Srpska, Milorad Dodik, with whose support they came to power. The Montenegrin government consists of puppets who verbalize and realize all of Vučić’s radical ideas, and dangerous plans for the establishment of a “Serbian world” in the Balkans.

Official Belgrade, through the branch of its church in Montenegro, in the same way as it did in Bosnia, Croatia, Kosovo, is heating up tensions in order to turn this part of the former Yugoslavia into a scene of conflict.

If it was necessary to remove the corrupt and compromised system of the former government in order for Montenegro to continue with reforms and democratization – how does international support or, at best, toleration of such conservative and retrograde forces fit into that process? As we have described in our addresses so far, the current government came on the wings of the clerical-fascist agenda of the Serbian Church, which openly and aggressively interfered in the election process in our country. This is something that all pro-Western, progressive and democratic structures in the region agree on (independent intellectuals, media, civil society organizations, political parties of pro-NATO provenance).

Date of high security risk with the possibility of civil conflict – September 4, 2021

All the letters and addresses we have sent you so far have been a warning that the situation could spiral out of control. We have warned that discrimination and segregation of an entire nation – the Montenegrin people, carried out by the current government, is disrupting such a fragile peace. We insisted that revanchism and violence be carried out in Montenegro, that chauvinism and clerical fascism be promoted, that threats of extermination of minority peoples, threats of a repeat of Srebrenica be multiplied and spread. Now, unfortunately, we must draw your attention to the event that is planned to be organized in the Old Royal Capital of Montenegro, and which is crucial for the security of Montenegro and the region.

Namely, the church of the state of Serbia plans to enthrone its Metropolitan (Joanikije Mićović, elected in Belgrade) in Old Royal Capital of Montenegro- in Cetinje! They plan to implement this, despite the open opposition of the Montenegrin people, who for centuries independently and freely elected their Metropolitan, ie their spiritual, and in several hundred years of Montenegrin theocracy, also their secular leader.

Why right now and in this way? In addition to the fact that Belgrade has been trying for decades and by all means to draw Montenegro into the so-called “Serbian world”, the regime of Aleksandar Vučić is currently facing an internal crisis. The President of Serbia and his closest associates are under enormous pressure due to the evidence possessed by the DEA and the FBI about their involvement in the affairs of one of the most notorious cartels in the history of Serbia (the Belivuk affair). At the same time, we invite you to check the family and other ties of the top of the Government of Montenegro with criminal clans, about which MP Nebojsa Medojevic spoke on several occasions in the Montenegrin Parliament. We are sure that they will be very interesting to the FBI, DEA and other intelligence agencies of the Western countries. Also, we remind you that the current Government of Montenegro has the support of only 14 deputies in the Montenegrin Parliament.

Vučić and the current government in Montenegro see the only chance for survival in power in raising tensions and diverting the attention of the domestic and international public. Milosevic started the wars on the same principle in the 1990s, when he had a choice: to face the consequences of his criminal actions and drastic criminal sanctions, or to use hordes of criminals to create paramilitary units, start a war and thus prolong his survival in power.

In addition, it has not been recorded in the civilized world that someone who is suspected of having committed the most heinous crimes – covering up pedophilia, can be appointed Metropolitan of any, even the infamous Serbian church?! Special State Prosecutor’s Office has opened the case based on the criminal report of our organization against the Serbian Orthodox Church in Montenegro and Metropolitan Joanikije for covering up cases of pedophilia within the SOC, as well as cases of bribing minors in Cetinje Monastery and Dajbabe Monastery. Former deacon of the SOC, Mr. Bojan Jovanović (who is a witness to this crime), publicly made accusations against this Metropolitan and the Serbian Orthodox Church itself, and offered evidence and testimonies of abused children to the Montenegrin prosecutor’s office. The painful testimony about the murder of the young theologian Milić Blažanović was published in the book by Mr. Jovanović, and published by our organization.

The Church of Serbia is consciously and deliberately provoking Montenegrins, insisting in its intention to hold the enthronement ceremony of its Metropolitan in the historical and spiritual capital of Montenegro, on September 5. Despite the fact that the clergy of the Montenegrin Orthodox Church, calling for brotherly and Christian love, appeals to the leaders of the Serbian Church not to raise tensions, they respond to all that with insults and humiliation without showing the slightest intention to give up their tragic plan. Bringing to Cetinje the newly elected Metropolitan of the Serbian Church, who denies the existence of the entire Montenegrin people and its history, and who celebrates the crimes of the Serbian army against Montenegrins in 1918, mocks the victims of so-called white terror, is like a mob entering Jerusalem with a picture of Himmler glorifying Auschwitz!

For all this, in recent days they have received support from the Prime Minister Mr. Zdravko Krivokapić, famous for his commitment to Saint Sava and other Serbian fascist cults from the Second World War, as well as from others top officials (Speaker of the Parliament, Mr Aleksa Bečić, the Security services coordinator and Vice Prime Minister Mr. Dritan Abazović) , who are fully aware of the security risk posed by the event itself. By the act of enthronement of the Serbian Metropolitan in the Montenegrin Monastery, through the spiritual usurpation of the centuries-old Throne of the Montenegrin Metropolitans, the assimilation and erasure of the Montenegrin name would be symbolically crowned.

Instead of preventing that event, instead of calming the tensions and performing a ceremony in the Temple in Podgorica, which undoubtedly belongs to the Serbian Orthodox Church, the leaders of the Serbian Church, with the help of the authorities, provoke, call for war from the highest level. They recklessly refuse to think about a safe alternative, although the entire opposition, a large number of non-governmental organisations, intellectual public,  as well as the majority of Montenegrin citizens warn that there could be incidents and that tensions have risen to dangerous levels.

The oligarchy in power implicitly supports a violent way of dealing with dissidents, as there have been several physical attacks, even attempted murders, on a national basis so far. The system, captured by serbian nationalists, with freshly appointed police cadres, covers up such cases and does not expose the perpetrators. The security services, with clumsy excuses, avoid reacting to obscene, vulgar and frightening threats of murder and various atrocities, which the supporters of the Serbian church send to prominent Montenegrin patriots on a daily basis. In that way, everyone who is against this government becomes a legitimate target for the savage so called Saint Sava hordes. Open announcements were heard in the Parliament about the formation of paramilitary units and the provocation of a civil war in order to defend “endangered Serbs” and “endangered Orthodoxy”. On the occasion of the upcoming event, the message is spreading through social networks is: Cetinje will be Srebrenica!

At the same time, Montenegrin patriots-individuals and organizations are under the scrutiny of the National Security Agency. The Agency recently announced the formation of a special team to monitor and supervise the activities of those people and organizations that are recognized as “anti-Serbian, anti-Russian”, a sovereignist, pro-NATO and pro-Western element.  Head of the Agency publicly declared all Montenegrins and all those who are not loyal to the clerical-nationalist government “violent extremists”.

We know how the war was prepared in Bosnia, in Croatia, in Kosovo. United quasi-intellectuals, criminals, clero-fascists and Serbian priests initiated the outbreak of the greatest peace and humanitarian catastrophe after World War II, in the heart of Europe. There is a well-known scenario that the Serbian church has tried so many times to implement in the Balkans: Declare Serbs an endangered people, themselves an endangered church, and then provoking incidents and provoking armed conflicts – trying to appropriate the territory of an independent state and put it on the map Greater Serbia. The same scenario is now being attempted in Montenegro. Montenegrins are unprotected and endangered in their country, left to themselves.

That is why we ask, should Montenegro become the spoils of war of the serbian, clerical-nationalist criminal octopus?

That is why we call on the international community and our NATO partners to take a serious interest in the very dangerous situation in our country and even actively intervene in solving it – quite legitimately, having their own interest and stability in mind.

That is why we say: We will be in our Capital on September 4th to prevent the occupation of our state! We will oppose the crime that is being prepared, and we call on you to stand, together with us, in defense of justice and the law. We will not give up the fight to preserve Montenegro as a free, multi-confessional, civil, secular state, as a safe home for all its citizens. We expect civilized and democratic states to be with us, on September 4th in Cetinje! 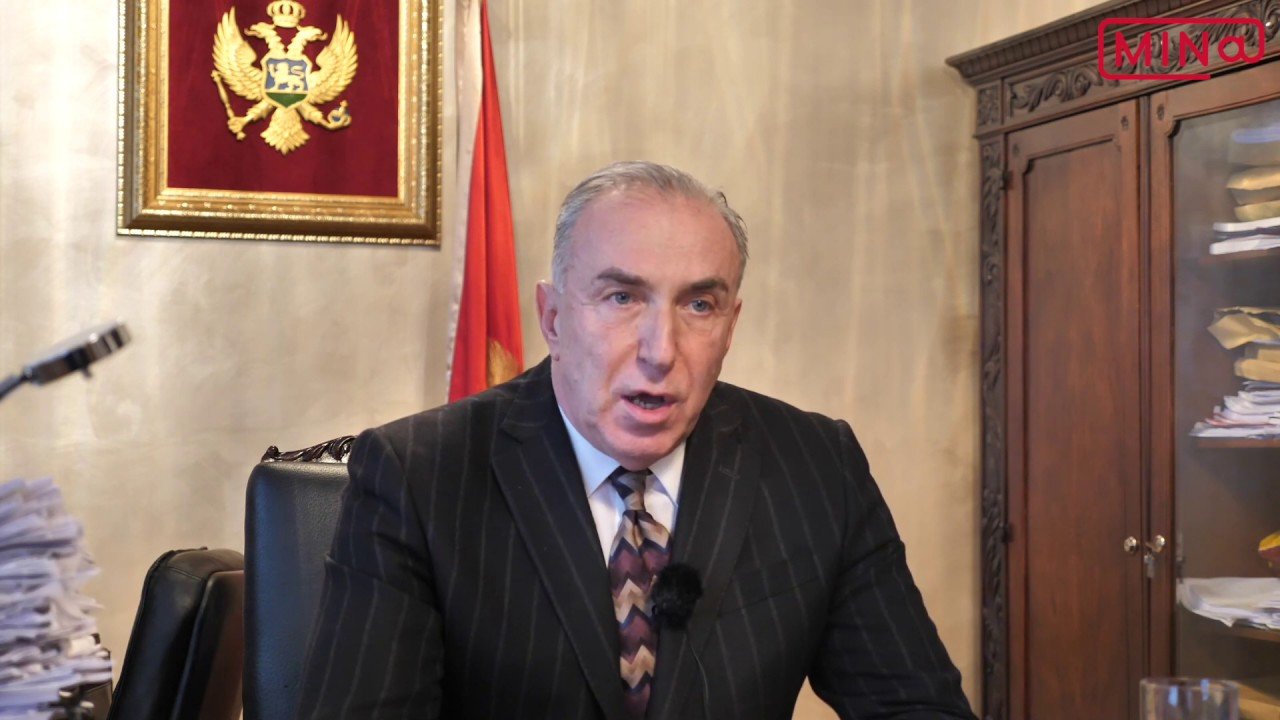